Big Gov is an artist /producer, from Detroit, Michigan. Big Gov has worked with many major artists in the recording industry and, has also had an acting debut in the feature film “ENVY” along side of Ray J, Az, Chico DeBarge.

Midnite The DJ has established himself as a professional DJ, spinning music that keeps ppl entertained on & off the dance floor. Midnite is born on 4/6/88 & raised in Jersey City, NJ. He has been in the game since ‘02 & is still on the road to success. With a solid reputation as a DJ, he works w/ gentlemen clubs/nightclubs & have promoted events throughout countries & few U.S. states on the east coast & southern area.

Midnite made 9 guest DJ appearances on the Bet’s 106&Park show from 2012-14. He has an exclusive article written about him in the Hip Hop Source Magazine when he expanded his talents to Montreal, Canada in ‘14. Midnite was featured on the most popular Hip Hop station on Sirius XM, Shade 45, on “The Lord Sear Special Drunk Mix” in ‘18. He DJed for many Hip Hop & RnB superstars at some clubs, festivals, & concerts in his career. Right now, he’s involved w/ the Verzuz TV/Triller DJ Competition battling for a $1M salary for 1yr. #IfItAintNiteItAintRight

On air personality with 95.7 The Beat A 20 year DJ veteran with 11 years on air, he is serious about his craft. Not only is he musically educated he is also a graduate of Florida State University. This is his mission “My Mission is to create greater popularity, so that I have longevity in this business. I will do this by, dedicating my time and my skills to the music I play, for the crowds I entertain.”

Martin McCurtis (born May 7, 1977), known professionally as Helluva, is an American record producer, rapper, singer, and songwriter from Detroit, Michigan. He is noted for producing the 2016 single “First Day Out” by Tee Grizzley.

Casada Aaron Sorrell (born November 17, 1992), known professionally as Sada Baby, is an American rapper and singer. He initially gained recognition in 2018 when the music video for his song “Bloxk Party” went viral, leading to him signing to Asylum Records. A prominent figure of the emerging Detroit rap scene of the mid-to-late 2010s, Sada Baby has become one of the most prolific rappers of the generation. His debut studio album Skuba Sada 2 (2020), a sequel to his 2017 debut mixtape Skuba Sada, peaked at number 125 on the US Billboard 200. In 2020, his song “Whole Lotta Choppas” went viral on TikTok, later receiving a remix featuring Nicki Minaj and peaking at number 35 on the Billboard Hot 100.

Skilla baby has recorded many albums. Some of them are Crack Music, Carmelo Bryant, Push that shit out skilla, Skilla why you ain’t dropping nothing and soon. Similarly, his records label are also big squad LLC, big squad & skilla baby, big squad. The way he has written his lyrics, the audience can easily see his effort in the hip-hop field.

William Genaro (aka Hood Noise) is a producer/rapper based in Richmond, California, where he runs the Shop Studios. The productive beatmaker has created tracks for Lil’ Rue, Hoodstarz, Yukmouth, and others. His solo material is confident Bay Area-style rap with AutoTune-laced vocals. In 2016, he released his mixtape Motivation, which features appearances from Lil B, Young Chop, and Kool John. 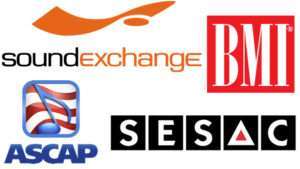